7 stories of ambitious farmers around the world (part 3)

Jordan Mendania is a pig farmer and pig feed outlet proprietor from the Philippines. He is a member of the Sorosoro Ibaba Development Cooperative (SIDC), the biggest primary agricultural cooperative in the country. He comes from a farming family. His father owns a rice mill and farm land and he also raises pigs and grows fruit and vegetables. His mother passed away in 2008 after Jordan graduated from college. He has two sisters, one is also a member of SIDC, while the other one is ready to become a member.

He used to have a normal and simple life. He considers their life before becoming a member of the cooperative as average. “My income before mainly came from a small ‘sari-sari’ or multi-purpose store that I took over from my mother. I was earning a net profit of around 20,000 Philippine pesos (340 Euro) per month, which was just enough for our basic needs,” he says.

"With the SIDC feed, I immediately experienced a much higher harvest of fattener pigs."

In 2008 Jordan started a small pig raising business with 5 sows. He added 5 more and started to raise piglets too. With the previous feeds that he bought from private companies, he only broke even or earned a low profit. He was paying for expensive feeds, but of poor quality.

In 2010 he married Shaima-Fatima Ali who is a college professor in Tanauan and chairperson of her faculty. They now have 2 daughters. In 2013 he became a member of SIDC. A SIDC agent came to his house to offer him pig feed. He was just looking for new pig feed and he found out that the cooperative’s feed is of a good quality. He tried it and had good results.

After seeing his success with the use of feeds, the SIDC main office offered Jordan to run a main feed outlet of his own as the San Antonio feeds outlet was no longer sufficient to meet the growing demand. He said yes because of the good quality of the feed. “I started with sales of 500-600 bags per month. Then it increased to 1,000-1,500 bags per month. There are lean and peak months, but overall, I always meet my quota of 500 bags per month,” says Jordan.

At first, he was just borrowing a jeepney from father for his feed outlet business. But with the growing customer base, he was soon able to buy a truck with a loan from SIDC. The loan came with very low interest rates compared to that of a bank. He also earned a patronage refund for every transaction. His income now comes from his feed outlet, pig raising and side-line trucking of feeds. “I am now able to earn 50,000 to P100,000 Philippine pesos per month,” he says. 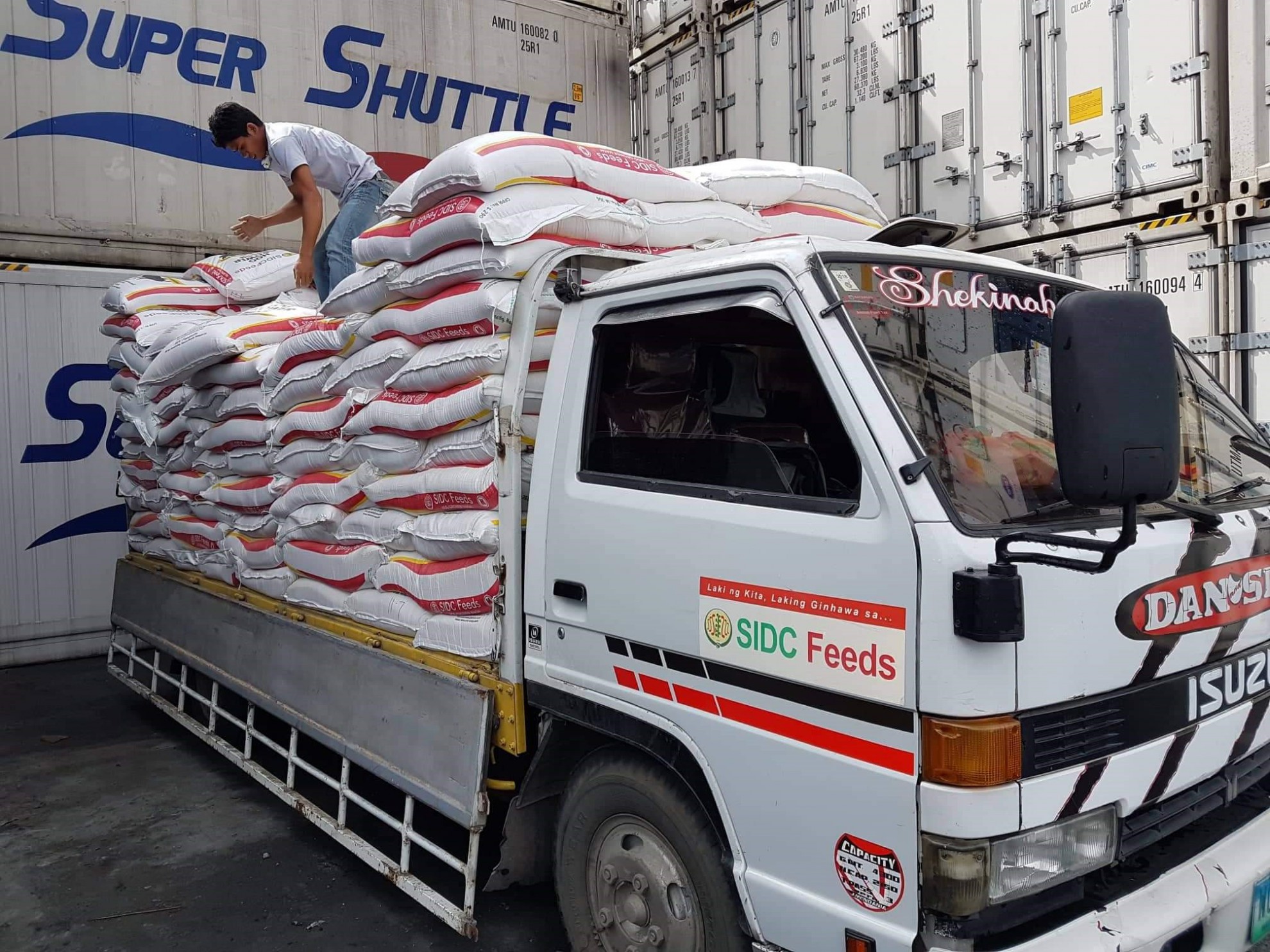 For Jordan and his family, the most significant change that happened was that the SIDC business of pig raising and the feeds outlet operation became their main source of income. “All our needs are now being provided for by the SIDC business. This has created a very big impact on our lives, as the income is enough to take care of the education of our daughter and our daily expenses,” he says.

Through the loan from SIDC, he was able to buy a car for his family, a tricycle, a motorcycle and a piece of land. He also saves up a certain amount to re-invest in his growing business.
He is now renovating his piggery. The existing building has a capacity of 23 sows. He is putting up a new building that has the capacity to hold 200 fattener pigs. He plans to keep the sows and the fatteners in separate buildings to create the best conditions for them.

He has also noticed a huge change in the community when more residents became a member of the cooperative. Other pig raisers in his community used to have difficulty in raising them and other animals. Feeds were expensive and of poor quality. But now, they are very happy.

Jordan says that SIDC has been a big help to its members. It has many programmes, like low interest loans for feeds and “paiwi” or contract growing of pigs. “Lots of members have similar experiences of an improved life due to SIDC. And there are still a lot of people who want to become a member,” he says.

In the coming years, he plans to further expand his business and raise more pigs. He also wants to bring the services of SIDC to more customer members through his feeds outlet. He sometimes delivers feed to customers for free, as long as they keep buying from him. He also gives free advice on how to feed and how to take care of the pigs. Lastly, he also encourages customer members to keep their business growing so that both they and the cooperative will benefit long into the future.

Click here to read the story of Pabitra Khatri from Nepal