Farm succession is defined as a process occurring over time during which a family plans for the transfer of knowledge, skills, labour, management, control and ownership of the farm business between the founder (retiring) generation and the successor (next) generation.

The subdivision of land, when handing it over to the next generation, is common practice in many developing countries and also in Agriterra focus countries. The topic of inheritance and succession is often a taboo in some countries like Rwanda. Agriterra believes it can play an important role to table and guide the discussions on succession planning at cooperative and household level and assist farmer organisations in identifying gaps in local land rights and inheritance laws. It is against that reason that last year Agriterra Rwanda introduced the topic on farm succession to farmers active in coffee, a sector that is dominated by elderly farmers.

The results of the last year’s session shows that around 300 coffee farmers are willing to handing over some piece of land to their children, but still not aware of the legal process to make it happen. To guide the farmers on the steps required to transfer that land to the children, Agriterra Rwanda has organised a workshop with coffee farmers both young and old with aim of developing a family farm succession guideline for all the farmers who want to hand over the land to the next generations. The workshop took place on 21 to 22 October and 24 coffee farmers joined.

This workshop has improved their knowledge about land rights and steps required to handover land and the farmers understand the new Rwandan land law. 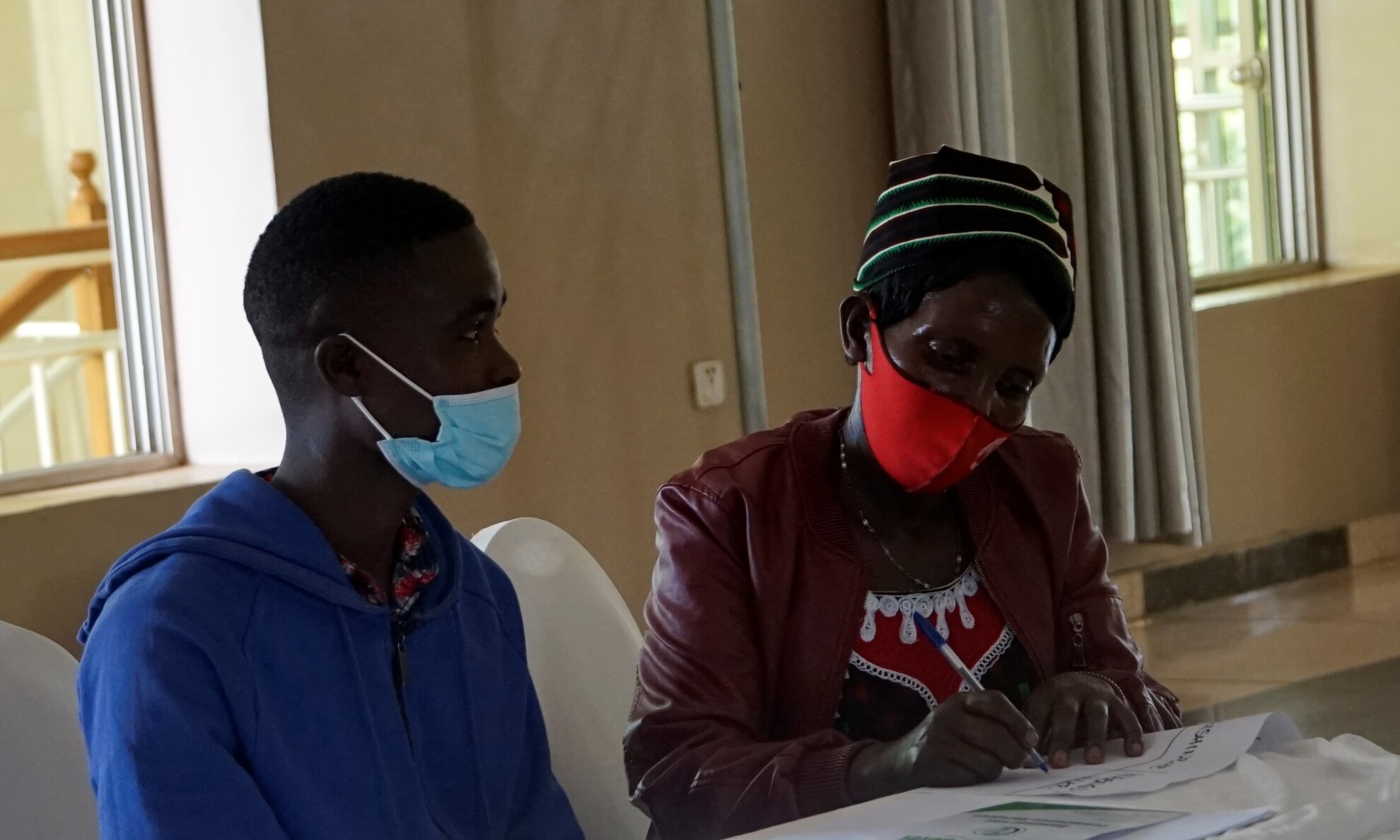 The farmers have commended the initiative saying this will help them to inherit their farm to their children, because they are aged and do not have the energy to make use of coffee plantations and have difficulties in adopting new technologies.

Gorethe Marie Mukarugwiza, 60 years old, one of the coffee farmers, said that her children used to help her to grow coffee. However, she said, she had never given them land to cultivate, adding that she is going to start farm succession to her children.

“From this training, I have learnt the advantage of land subdivision and how to transfer it to my children in proper ways according to law,”

“Our children are the future farmers and we have to transfer the land to them so that we can guide them while we are still alive. Since we are aware of farm succession law, we are going to teach the rest on how to hand over the land in a proper way according to law.” 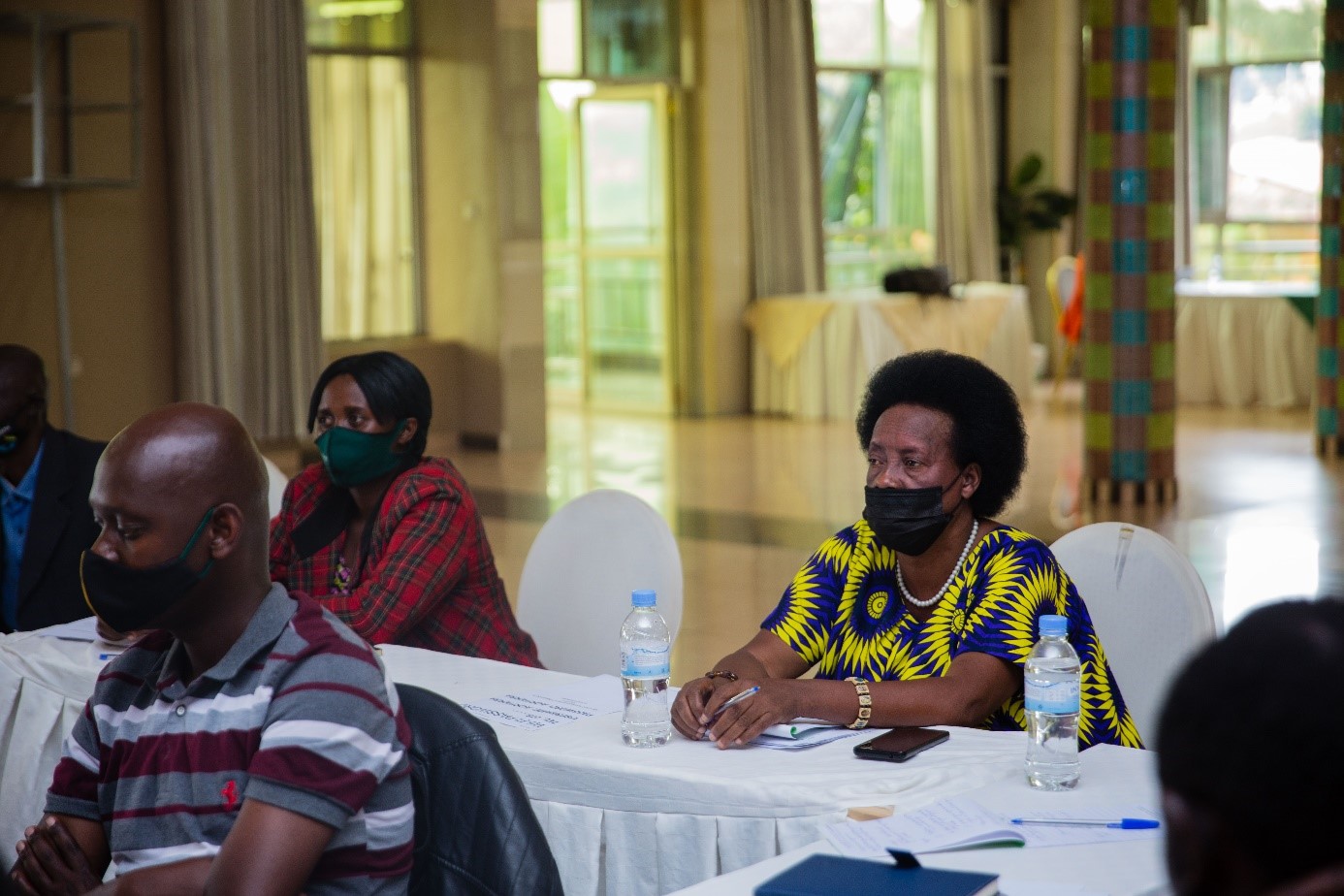 Marie Gorethe, the woman in yellow

The 27-year old farmer, Gerard Murwanashyaka, said that this is a good opportunity for young farmers not only to join coffee farming but also to inherit it from their parents in a proper way.

“There is a mentality among the youth whereby they have not yet understood the opportunities in coffee. For me, coffee farming paid my school fees and I’ve built the house among others. Youth have to actively engage,”

he said. He urged the youth to invest and do agriculture especially coffee farming which has a lot of opportunities along the value chain.“No big investment is needed,"he testified. He added that he has learnt a lot from the training on land succession. “I used to take land law in the wrong way.”

Domithile Mukamugema, 63 years old, is another beneficiary who has already inherited her child the land but has never done an official hand over due to lack of information.

“Last year I gave the land to my son but never thought of handover or any other transfer process. I was not aware of it but with the help of this training I am going to start the process,”

she said. She added that she will also transfer land to the rest of her children and encourage them to join agribusiness. 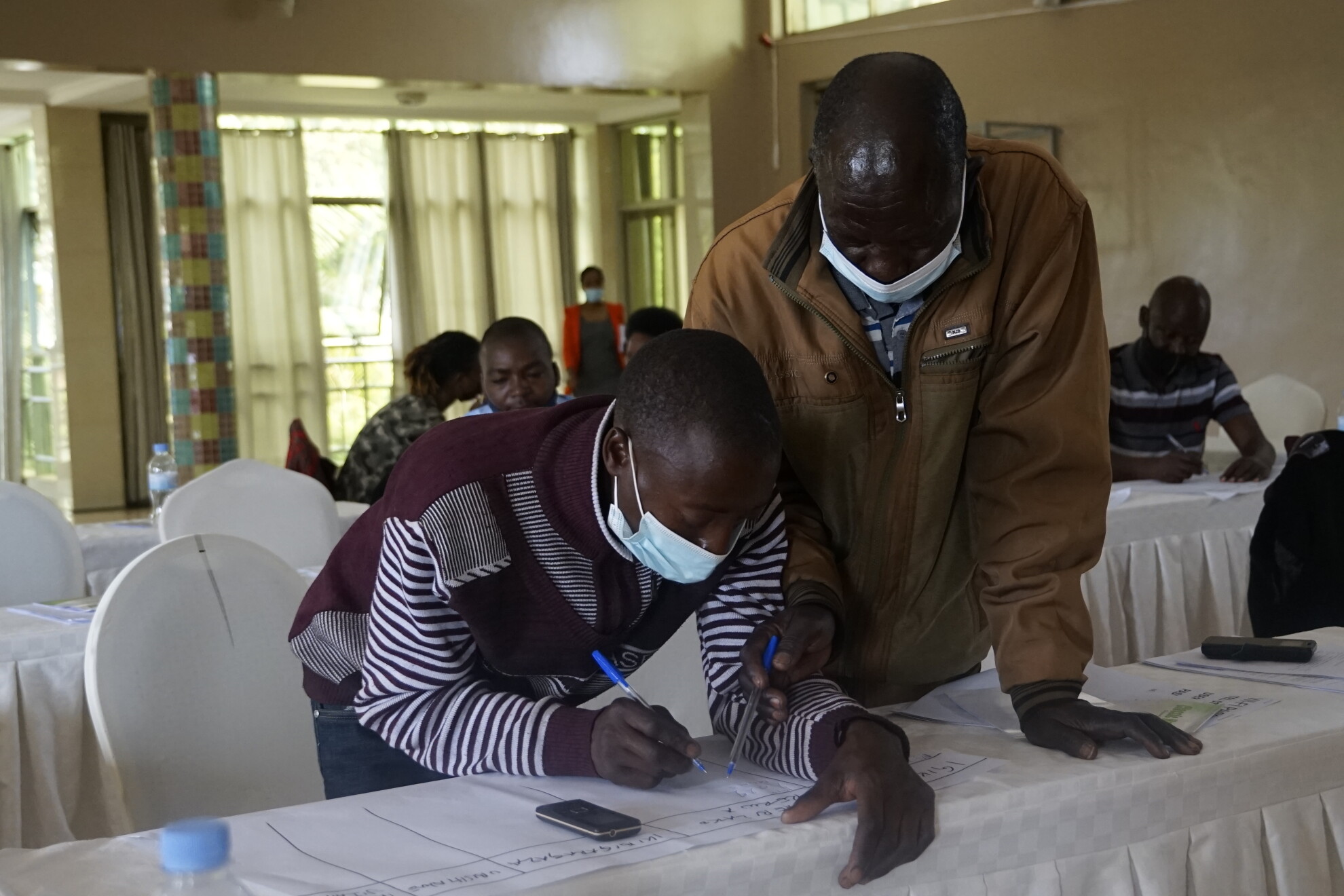