The Irish potato is one of the most important crops in Rwanda and is one of the government’s six priority crops falling under the Crop Intensification Program (CIP). Rwanda is the 6th largest producer of potatoes in the region, which is significant given the relative land size of the country. Rwanda increased its Irish potato production from 2,240,000 tons per year in 2013 to 6,000,000 tons per year in 2019. The country accomplished this by expanding the production area from 130,000 ha in 2010 to 200,000 ha, and by yield increases.

The key pillars of the government’s Irish potato strategy are:

The potato is cultivated across the country. However, four districts in the north-west are responsible for over 60% of the production. There are two growing seasons: from the end of August to early February and from the end of February to early July. Although the Irish potato is a profitable crop, farmers do not invest in high quality seeds, either due to the lack of working capital or due to the lack of access to quality seeds.

The use of improved varieties increases profitability, but only if combined with improved agronomic practices (proper rotation, use of fertilisers and pesticides). The production of certified quality Irish potato seeds is very limited (2% of total planted seeds). The private sector is hardly involved due to the low effective demand from farmers, low availability of pre-basic and basic seeds for multiplication and restrictions on import of pre-basic and basic seeds for the private sector. Currently the Rwanda Agriculture Board (RAB) is involved in production as well as in the quality control of seed potatoes.

Most stakeholders agree that the new seed law should separate these two roles and aim for an active participation of the private sector in certified seed production.

There is a lack of storage capacity in production zones and therefore, the Irish potato price is low during the harvest as farmers sell all their harvests quickly to avoid damages. At the same time, some storage capacity is underutilised. Member cooperatives are facing challenges managing their collection centres as farmers often prefer to sell individually.

The potato processing industry in production zones is still very new, with two new medium scale processors (Holland Fair Foods in Musanze and Nyabihu Potato Company in Nyabihu). These processing projects all receive support to organise their procurement from smallholder cooperatives. For the fresh market, potatoes arrive at night at the wholesale market in Kigali and are sold several times from trader to trader with little value addition like bulking or sorting. The Ministry of Commerce is organising traders to improve coordination between traders and farmer cooperatives. Most buyers such as restaurants and small-scale processors in Kigali buy potatoes on local spot markets.

The CODEPO project (Cooperative Development in Irish Potato) is composed by some potato cooperatives involved in growing seed and ware potatoes in the northern part of Rwanda. In 2018 CODEPO consisted of 10 cooperatives, of which 2 were marked red due to their poor performance and their reluctance to catch up with others. 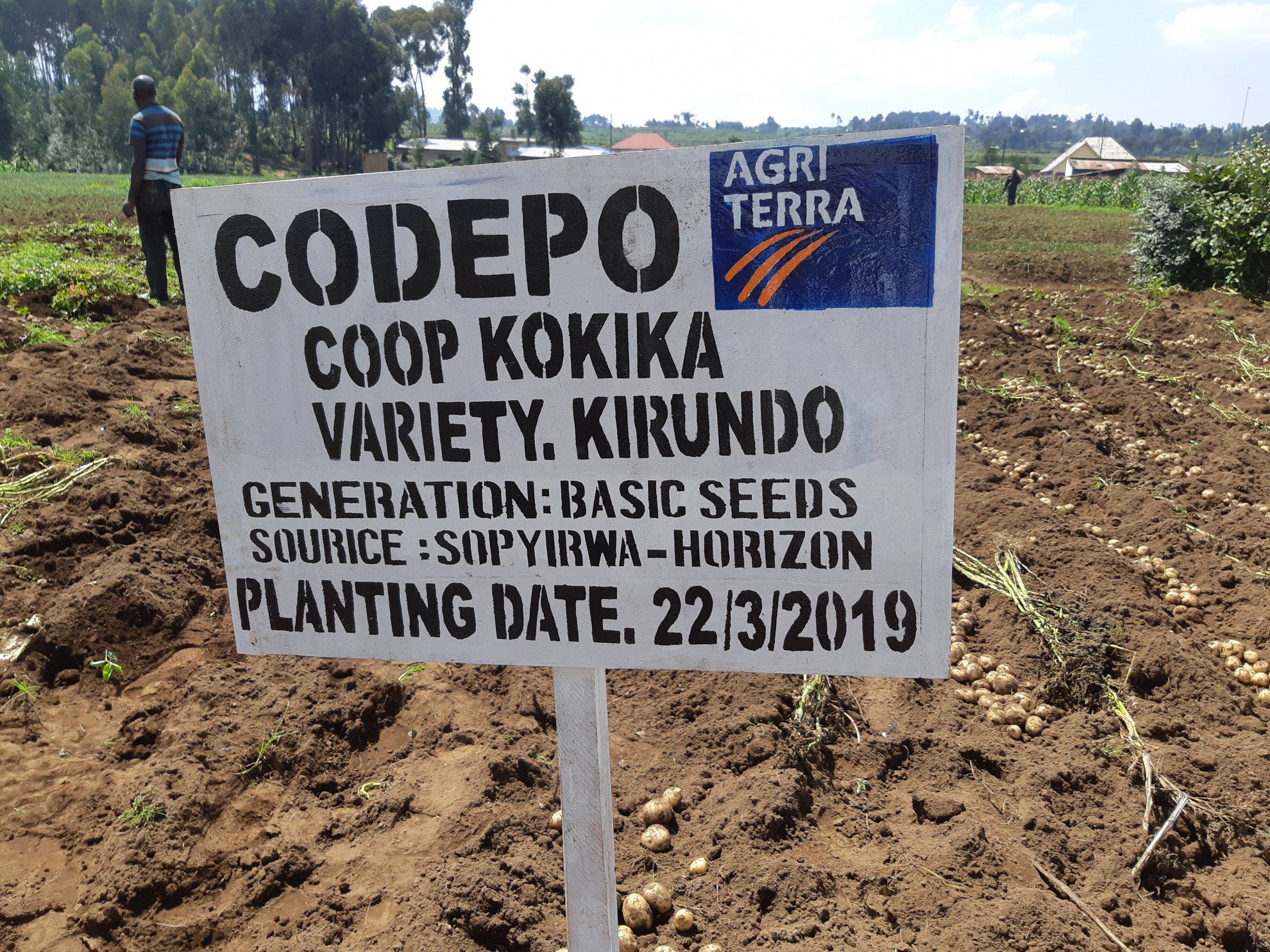 Agriterra has been working with farmers’ organisations in Rwanda since 1998. All projects aimed at “Empowering farmers’ organisations” to be able to provide quality services to their members in order to support them to improve their livelihoods and get out of poverty. In the northern and western parts of Rwanda, the legacy of the previous projects supported by Agriterra is still visible especially in the potato value chain. Through Agripool advisory services Agriterra promises to boost the Rwandan potato sector, based on real facts from the field and farmers’ testimonies.