ETHIOPIA - In 2019 Agriterra started to support sixteen primary cooperatives (PC), all members of Damot FCU (Farmer Cooperative Unions), a client of Agriterra. With the help of Agriterra, Kuch PC managed to more than double its output marketing within a year.

Kuch is a multi-purpose primary cooperative. For years it has been collecting the output of its members which was sold through the cooperative union. Whilst business was not bad, there was definitely room for improvement. In 2018 the cooperative collected around 9.200 qt (920 tons) of output, primarily maize. After some interventions by Agriterra output marketing increased to over 18.500 qt in 2019, more than double of what it collected in previous years.
The collaboration between Damot FCU and Agriterra started in 2019, several points for improvement were identified, increasing output marketing was one of these. Agriterra, Damot FCU, and Kuch implemented several changes which lead to the increase in output marketing.

The first change was to hire a manager for the PC, for the first two years his salary was partly paid by Agriterra, currently Kuch FCU is financially strong enough to cover all salary costs. With its own manager Kuch managed to structure its operations, individual employees received task descriptions, personal targets and their progress was discussed during weekly and monthly meetings.
The second intervention was a purchasing and marketing training. This training was provided to Damot and several of its member PCs including Kuch. During the training participants learned how to carefully plan purchases, estimate needed capital, etc. 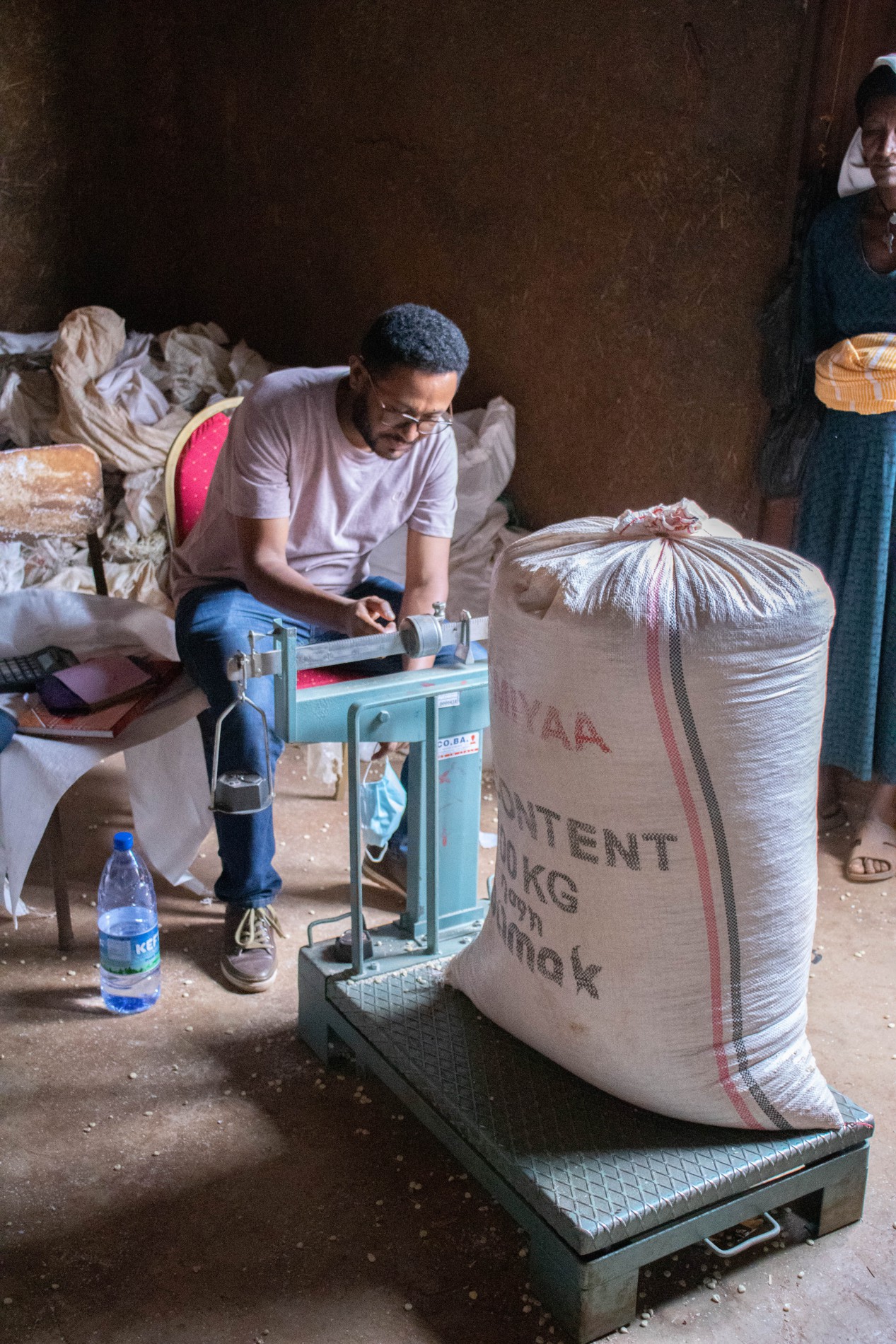 Many other PCs in Ethiopia face shortages in working capital, which makes it more difficult for these PCs to collect the output of their members. Luckily Kuch has several sources of working capital available. First, it has its own capital, collected through reserving profits from its output marketing activities. Second, they have access to interest free loans from Damot to use as working capital. Third, Kuch has received loans from two SACCO’s. Damot FCU has deposited 17 million ETB of capital at both SACCO’s, which made it easier for Kuch to receive the loan.

Kuch has been able to collect a significant amount of output from its members. In 2019, they managed to collect 18.500 qt of mostly maize and haricot beans, the latter for export purposes.
In the current season (2021) a similar amount is expected to be collected (the season is still ongoing). So far 24.202 quintal has been collected, and the total plan is to collect 32.160 quintal.

The additional collected output increased the profit of the PC with 225% (COVID influenced the 2020 result but recovery is expected in 2021), which in turn drastically increased the dividend payments to members. The highest dividend paid to an individual member increased with more than 200%. Many members choose to use their dividends to buy additional member shares, which provides Kuch with even more capital.
Continuous dividend payments have increased the trust members have in the PC as well. Last year there was an issue with collecting external working capital which meant that farmers could not be paid right away for their output. Due to the increased trust Kuch managed to collect 2 million ETB worth of maize on credit from its own members.