Mechanisation: a climate adaptation strategy for smallholder farmers in Africa

Did you know a simple practice such as timely planting is a Climate Smart Agricultural Practice? Timely planting for a smallholder farmer, as simple as it may sound, depends on several factors that the farmer is exposed to, such as availability of labour, the ability to pay for the labour on time, access to seeds and other inputs, and much more access to extension and weather information. In many cases, African smallholder farmers do not have access to all these resources at the same time. Due to the fact that most smallholder farmers are fully dependent on rain fed agriculture, a small disruption in this cycle causes significantly great losses for them. 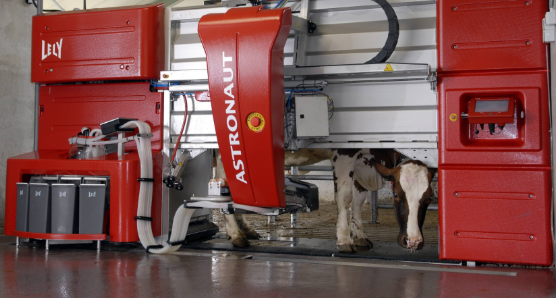 The Agricultural Revolution (commonly referred to as The British Agrarian Revolution), was the ‘Unprecedented increase in agricultural production in Britain due to the increase in labour and land productivity between the mid-17th and 19th centuries'.
One of the most notable contributors to the Agricultural Revolution was the adoption of new farm tools as well as the improvement of the previous ones. Tools such as a basic plough, seed drills, threshing machines and other on-farm tools were introduced. The use of these tools significantly increased the land and labour efficiency, which in turn led to an increase of the yields. Mechanisation, in addition to other basic practices enhanced food productivity, superseding the population growth and therefore guaranteeing food security. Since then, there has been a significant improvement of mechanisation tools as a result of technological innovation. Basic farm operations such as hand-planting and hand-harvesting can now be replaced by advanced mechanised solutions such as milking robots in the Netherlands. Precision agricultural technologies make use of GPS guidance, control systems, sensors, drones, and variable rate technology. These innovations have altogether resulted in an increase offarming efficiency and in a concept that is increasingly gaining popularity: Precision Farming. 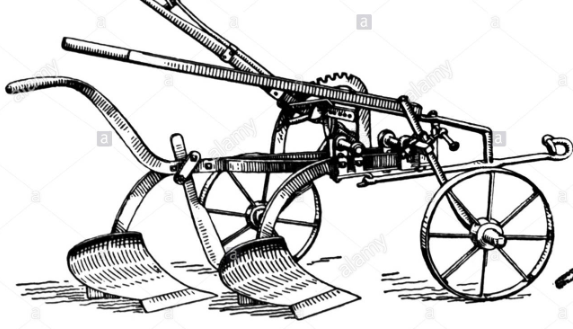 A key characteristic of the African farming system is the dominance of smallholder farmers who are responsible for the production of over 80% of all the local food consumed in Africa. The majority of these farmers are resource deficient and have limited access to loans for on-farm investments. The market failure on the agricultural product markets and the collapse of government extension services add to the complexity of their situation. The result is an inefficient production system which pushes the smallholder farmers further down the poverty line.

In the recent past, the severe climate change has worsened the situation of the already depressed yields. Although Sub-Saharan Africa is one of the least contributors of Green House Gases (GHGs), it is hit by the brunt of climate change. As a consequence, the growing population pressures the agricultural systems to produce more food, which has not yet been achieved. The majority of the population remains food insecure. African governments are still unable to figure out how to feed their populations.
The question that keeps bothering every stakeholder in the agricultural sector is: How do we achieve food security on the verge of climate change in Africa? The answer to this is sustainable intensification; the best way for Africa to feed its current and future population!

Agricultural mechanisation is one of the techniques to achieve sustainable intensification. Since the Agrarian Revolution in the 17th century and the advancements thereafter, African smallholder farmers are still unable to reap the benefits of mechanisation due to poor access to technologies and financing mechanisms. However, this trend is changing faster thanks to globalisation and advancement in information technology. Despite these positive evolutions, much remains to be done to ensure both physical and financial access. Several companies have emerged that offer solutions such as micro-leasing, asset financing and loans that enable farmers to purchase on-farm equipment.

Getting access to mechanisation services in Africa may require a very different model than the one used in developed countries. The farmers are and will remain unable to buy and adequately use quality mechanisation services. To purchase the machinery like e.g. a combine harvester for a 2.5- to 10-acre farm will result in inefficiency and is not feasible from an economic point of view.

What is the role of Cooperatives?

The Cooperative Model has been identified as one of the most robust models to pool the members’ scarce resources through the Coop Principle of Economic Member Participation. This model enables cooperatives to invest in strong and efficient mechanisation technologies that are required to make efficient production systems. Cooperatives play a pivotal role in their members’ access to mechanisation services. The coops have been continuously incorporating mechanisation as one of the components of their service delivery model, making it accessible to the farmers. The cooperatives that deliver these services achieve better results than the private service providers because their services are offered at an affordable rate and credit facilities can be arranged for their members. In addition, they are able to achieve economies of scale because they serve a pool of members.

One of the challenges that African agricultural cooperatives face, however, is the leadership capacity to run such investments efficiently and to get adequate Return on Investment. A reason for this is that the majority of these Farmer Organisations are owned and led by farmers. Leaders are elected among the leaders and professional training is not required to become a board member. As a result, cooperative leaders need a lot of exposure and hand holding to be able to take rational and well informed decisions based on data. Various services such as strengthening the institutional capacity of Farmer Organisations on the areas of governance, financial management and business planning play a critical role in supporting the cooperatives to invest in Climate Smart Mechanisation Technologies. And that is where Agriterra comes in, creating Climate Clever Cooperatives!

In one of our Climate Smart Agriculture Projects in East Africa (CRAFT), Agriterra is working together with, among others, consortium partners such as SNV, Wageningen University, CCAFS and Rabo Partnership to boost the climate investments in arable crops. Agriterra’s main role is to build the capacity of agricultural cooperatives, making them ready for Climate Investment.
Cooperatives have proven to be a fertile ground for Climate Action as they play a critical role in increasing the adaptive capacity of members through provision of extension services, support services, and reducing postharvest losses through joint investments and marketing. For any agri-related Climate Action to be sustainable, Farmer Organisations and cooperatives must be in the epicentre of the interventions!