A coconut levy fund has been set up by the Philippine government as a consequence of the lobby efforts of the Philippine Farmers’ Organisation PAKISAMA.

End of November 2014, an agreement was reached between the Philippine President Aquino and the coalition of coconut farmers in which PAKISAMA played an important role. The Philippine government committed providing a first interest payment of 50 million euro upfront on the basis of the to-be instated coconut levy fund of 1,2 billion euro. The coconut levy fund would be initiated by the Philippine government and the money to be flown in the fund would be released in 2015. The Fund is aimed at improving the position of the millions of coconut farmers in the Philippines.

The release of 50 million euro interest payments in 2015 for farm project, as a result of a government decision to instate a coconut levy fund of 1,2 billion euros. The coconut levy fund forms a long-term resource for coconut farmers in the Phillipines.

To reach this result a coordinated lobby action in the second half of 2014 was set up by a coalition of 10 Philippine farm organisations. By using advice and the Farmers Advocacy Consultation Tool (FACT) of Agriterra. Symbolically 71 farmers walked 71 days from the North to the South of the Phillipines to make their claim. A total journey of 1750 kilometers.

Almost 11 million Phillipine people are depending on this sector, and most of them earn far less than the average income in their country. The processing of coconuts in valuable products as soap or oil is the most important challengs, besides improving productivity per hectare. This challenge can only be met when farmers are being helped by cooperatives in their processing and productivity goal.

The success of the campaign is based on three pillars which Agriterra emphasized in their advice to PAKISAMA. First of all, an alliance has been set up of 10 farmers’ organisations. Together they were able to get much more political momentum and use all the networks they have which made them much more influential and visible. Secondly, a concrete proposal has been made on how to spend and use the money properly for long-term benefits for farmers. Also they showed realism by not asking to use the whole fund at once, but demanding only to use the interest of the fund to generate a long-term resource for farmers in this way. Besides there was not enough capacity to absorb the whole fund in a short time period. Thirdly, the mobilisation of other groups and farmers during the campaign has been very successful. Students of the most important university of the country walked with the coconut farmers the last part of the journey out of solidarity for example. And also the church which has a huge influence on public opinion, was openly supporting the causes of the coconut farmers. 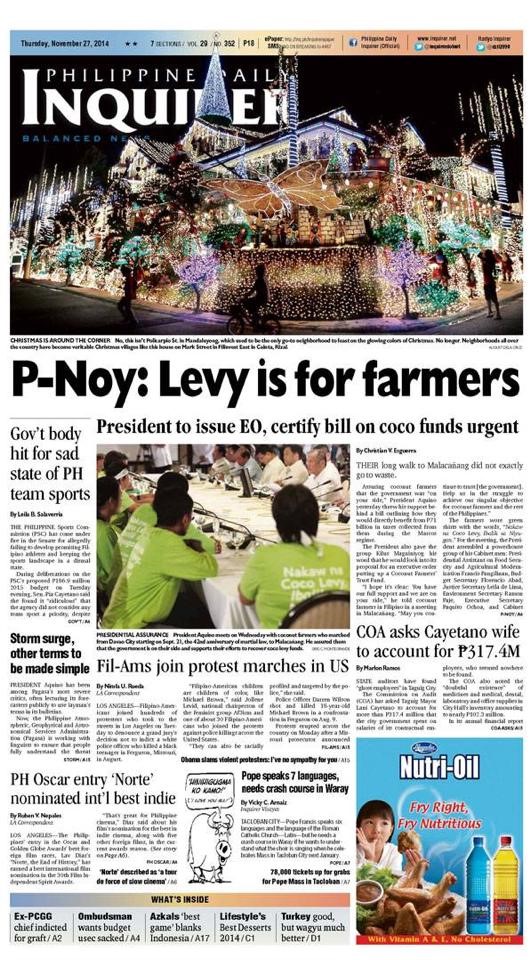 Do you need more information or do you have questions?