Research on the artificial insemination-model in Uganda

In September the journey of Alissa de Vos began. She travelled to Uganda to do an assignment for Agriterra. Alissa is a 4th year student Applied Animal Science and this internship is part of her last study year. During the 20 weeks that she is in Uganda, she will be together with another student Douglas.

The first day we went to the SNV office and met part of the Agriterra team. Later that week we continued to Mbarara, our final destination. Upon arrival in Mbarara we met with the project manager of the TIDE project (The Inclusive Dairy Enterprise-project). Within the next couple of weeks we had some time to get used to Uganda, the people, the culture, the tradition and we also searched for a house. We eventually found a nice house.

During my assignment I also work together with Faith, a local student from the University. In the first weeks we had to get used to each other, since the way of thinking and believing here is so different than in the Netherlands. One of the sayings here is that the Dutch people have the watch, the Ugandan people have the time. Faith and I have become very good friends, we have a lot of fun together and even outside of work we do a lot of activities together. Faith has taught me a lot, she showed me her culture, traditions and learned me some of the local language.

In the last months here Uganda has become a second home for me. I love the culture and the people are wonderful. I only have 2 months left here, but I am sure I will return soon. So far my internship has been wonderful, I have learned a lot about myself and Uganda. 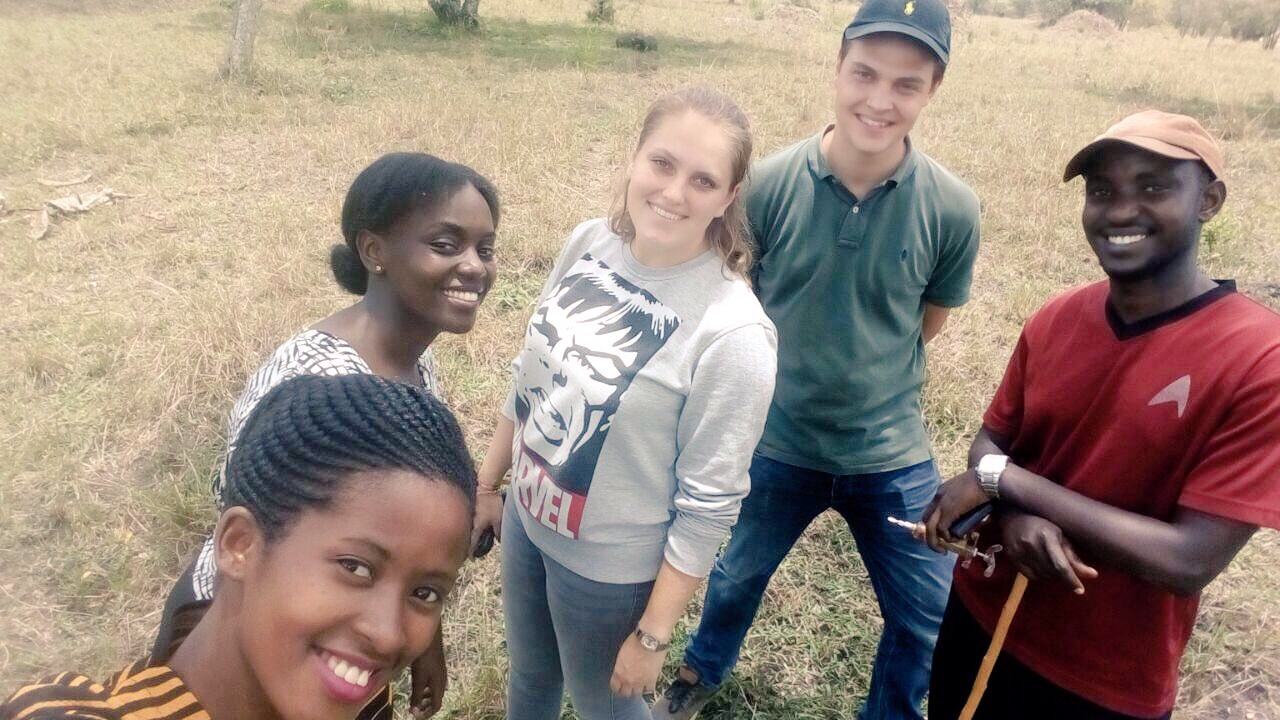 Progress of my assignment

I travelled to Uganda to do research on the artificial insemination (AI)-model in the South-Western Region. Upon my arrival in Mbarara, I came to the conclusion that my assignment was already performed by a local organisation, the DDA. So the first few weeks I have been searching for an alternative assignment.

Eventually, I looked at the problem that came forward from the inventory done by the DDA. One of the key problems in this region is the availability and supply of liquid nitrogen. That is the first point I started working on. During several interviews I conducted it soon became clear that there is a blame game going on in this region and everyone blames each other for the failure of artificial insemination. The largest supplier of liquid nitrogen NAGRC has the capacity to produce 2.000L of liquid nitrogen each day, however most of the days their plant is turned off because of the lack of demand for liquid nitrogen.

In the Mbarara region most AI technicians complain about a lack of liquid nitrogen. It is only recently that the power plant of NAGRC in Entebbe is finally able to run on full capacity, but still there is no system to make sure it stays available. A large challenge NAGRC faces is the loss of power, usually when they lose power something in the plant blows up and repairing it is very expensive.
Next to the costs, there is no on in Uganda with the knowledge to repair the plant, the product is imported from the Netherlands and also the spare parts are hard to come by.

The second point I started working on together with Faith and Joseph is the development of a new market model for AI technicians. With the new model we aim to improve the AI services, bring back the trust between farmer and AI technicians and give both groups the chance to evolve into the business. We selected a group of AI technicians, we organised a refreshment training for them last week and they came up with the idea to form an association. The model is still in full progress, the official launch of this new project is going to be in January. We have a group of 13 motivated AI technicians that want to improve their businesses and bring down the number of repeats in South-Western Uganda. There is still a lot of progress that needs to be made before we can launch the model, but I am confident that we will pull it off and make it a success!