A new strategy for quinoa growers in Bolivia

ANAPQUI, the Bolivian national association of quinoa growers, is investing hundreds of thousands of Euro in a product strategy with an added value for the local market. The growers’ association wants to shed its dependency on the highly competitive international market.

ANAPQUI is bringing organic quinoa from over 2,000 small-scale farmers in the Bolivian Andes onto the market. Quinoa is a pseudo-grain, rich in proteins, fibre, vitamins and minerals. The crop is traditionally grown on the high plateaus of the Andes mountain range.
For thousands of years, quinoa fed the farmers and peoples of the Bolivian and Peruvian Andes. It was seen as food for the poor until the beginning of the 21st century, when its image got a positive boost, even being touted as a super food. International organisations like the Food and Agriculture Organisation (FAO) have hailed quinoa as a strong ally in the fight against hunger and food insecurity.
Expectations for growers’ associations like ANAPQUI were high. While prices for quinoa were low, the explosively growing consumer demand in North America and Europe had international distributors offering up to 6 times more.

“The product strategy was aimed at quinoa’s gluten-free nature”

During this boom, farmers from ANAPQUI steadily started producing higher volumes, from 1 hectare to over 3 hectares. This would result in significant financial profits, allowing them to purchase new machinery, send their children to university and renovate their homes.
Unfortunately, however, the association’s vision of taking over the international market with Bolivian quinoa would ultimately fall through. The heyday for small-time Andean farmers and ANAPQUI came to an end in 2014. Many other countries started growing quinoa, causing global production to rise quickly. The speculative bubble would then burst, with prices freefalling just as hard as they had risen.

In the middle of the crisis in 2015, Agriterra stepped up to the challenge and joins the fray The organisation helped restore ANAPQUI’s financial management by providing training and installing a new accounting system.
In addition, Agriterra supported a feasibility study that ultimately led to an investment of US $150,000, financed by a local bank. The money allowed for the purchase of machinery for the factory in Challapata, where the quinoa grains are washed and selected for export.
This improved production capacity significantly. It is unfortunate for the quinoa growers that the Bolivian government is trying to industrialise the country through special state-owned companies.
These companies are given priority for government-mandated initiatives, leaving a company like ANAPQUI on the sidelines, excluding them from many public procurements. 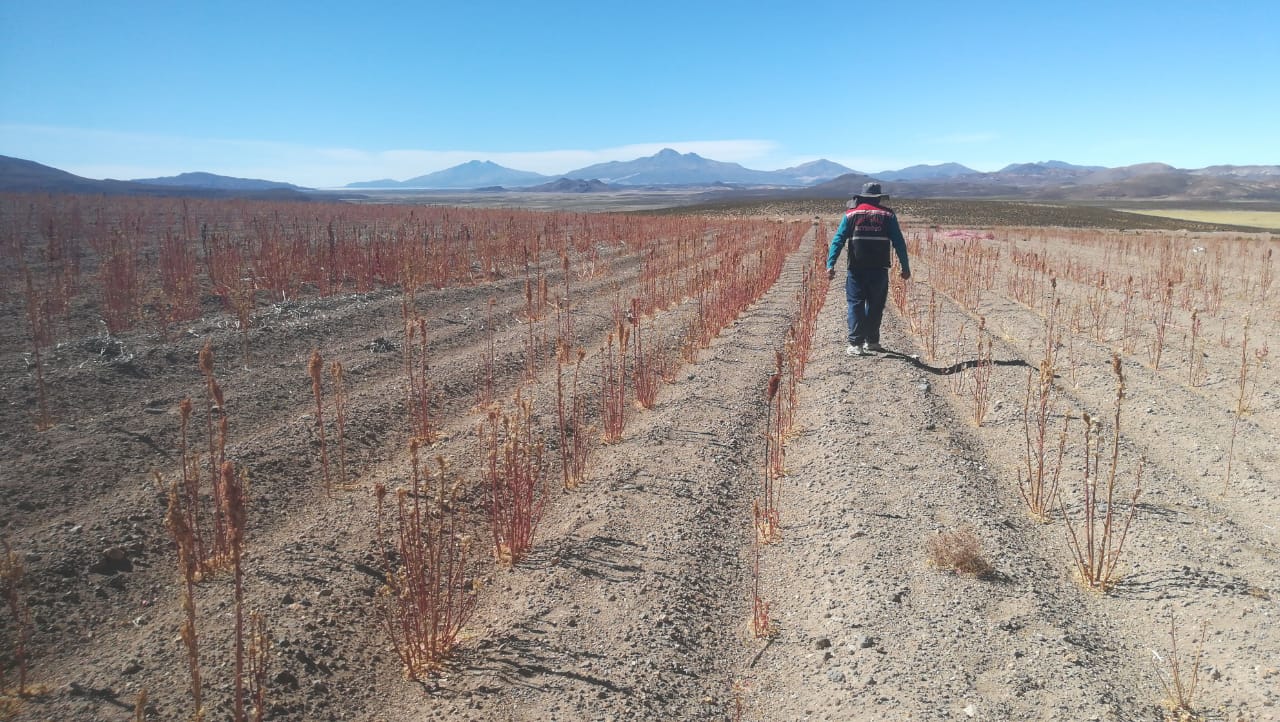 This post-crisis scenario called for a new strategy. Following a company evaluation in 2018, it was decided to focus the product strategy on the gluten-free nature of quinoa, thereby adding novel value to the product. The emphasis was put on the local market, with a non-operational ANAPQUI factory in the Bolivian city of El Alto being used for this.

This new approach required an investment of US $198,000. The procurement of machinery – including a new product line for energy bars, salted snacks and cookies – would cost another US $800,000. ANAPQUI is now in position and ready to bring its gluten-free products onto the national market. This is great news to Bolivians as well as Agriterra’s advisors!